Debating matters is a debating competition for students where they discuss current topics. At the end of May there were teams from 8 schools competing against each other at the University of Europe for Applied Science in Berlin.

It is a debating competition where students have to discuss a certain topic and try to convince the opponents and judges of their opinion. The organizing team sets up so-called motions in advance.

Then the schools` teams are assigned to a position, either pro or con the motion. They have roughly three weeks to get prepared for the debates. By using strong arguments and facts each team makes the standpoint they have to argue for clear, even though they originally might not have the same opinion on that topic. Especially helpful for being a successful debating team are facts and figures taken from reliable sources also covering the opponents` view and arguments that weaken the other team´s position.

It is an interesting way of getting to know the feeling of how to debate a topic in front of an audience filled with strangers.

Debating matters is the opportunity for students to learn how to discuss and debate important topics, which can help solve conflicts verbally later in life.

The intense research plays an important role and helps to delve into a topic very deeply. It makes students gather and evaluate a lot of sources. They can also benefit from this activity later in school and in life, e.g. when aunt Anny or uncle Robert has a new conspiracy theory on Christmas.

I appreciated the constructive feedback the debaters received from the judges.

I was excited but at the same time proud to be able to debate in front of a demanding and challenging audience.

Our advanced course sort of developed a strong team spirit – a thing that I did not expect to happen.

I liked the intellectual challenge and the clear structure of the debates.

This is what we learned from the contest

… to remain calm – even if extremely nervous

… that it is ok to lose and still feel absolutely proud

… to react to someone`s comments in a flexible way 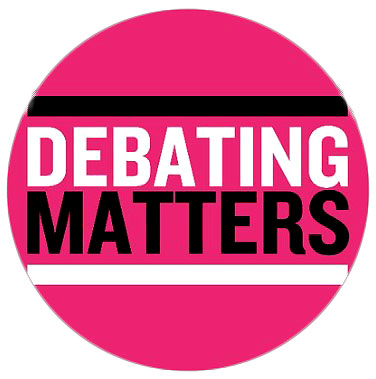