Debating Matters Berlin was hosted by venue partner BiTS Hochschule. Twelve schools from across the city competed in a competition and students had the opportunity to debate key real-world issues in English (see press release). 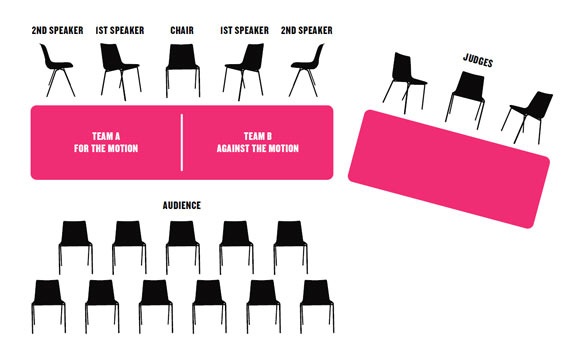 Their efforts were judged by experts from a wide range of professional backgrounds, experiences and areas of expertise in an engaging, conversational but challenging format. 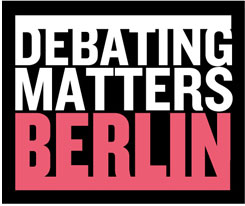 After the opening rounds won by Berrin and Magnus (“Medical Record Sharing Should Be Welcomed And Not Feared”) and Enzo and Meike (“Monuments To Controversial Historical Figures Should Remain”), Enzo and Meike took on the Bertha von Suttner European School in the semi-final (“Universal Basic Income Is Not A Solution To Our Social And Economic Problems”).

At 17:30 the final teams were announced and Enzo, to everyone’s surprise 😉 and Steffi debated against the team from Leibniz school “Populism Is A Threat To Democracy”.When it came down, all the judges agreed that our team accomplished a confident style and that the individual debaters functioned very well as a team, supporting each other throughout the contest!

Hannah Schönefeld completed this smahing result by winning a prize as an individual speaker! Special thanks go to Hannah and Lilly, who supported the team all the way to the final and the entire Debating class who prepared the team for its victory. You rock, guys!

The next debating contest
on 15th June 2018
at HCG

Save the date,
reinforce the HCG debating team or
offer your manpower to make this day an enlightening event for all of us. 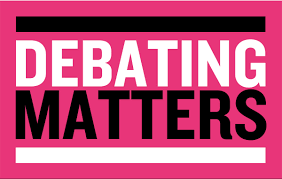