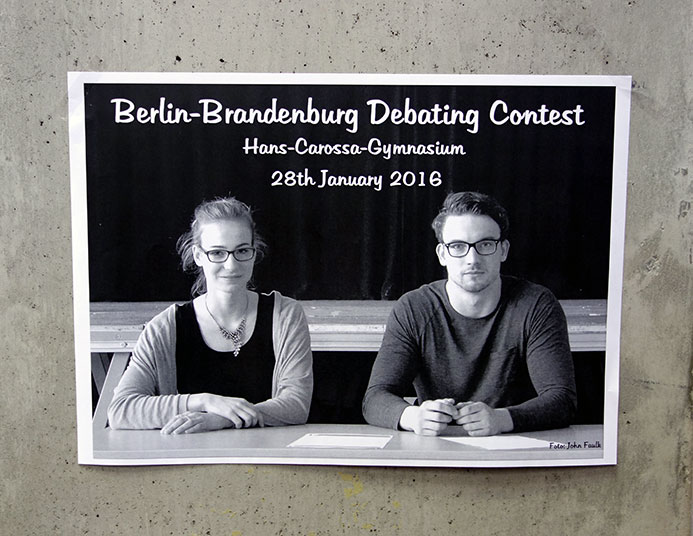 After three months of intense preparation the HCG was ready to welcome about 170 students and their teachers from schools in Berlin and Brandenburg. 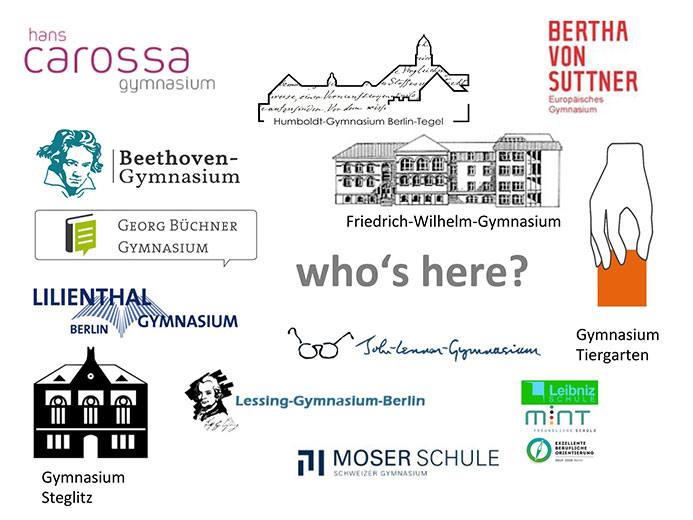 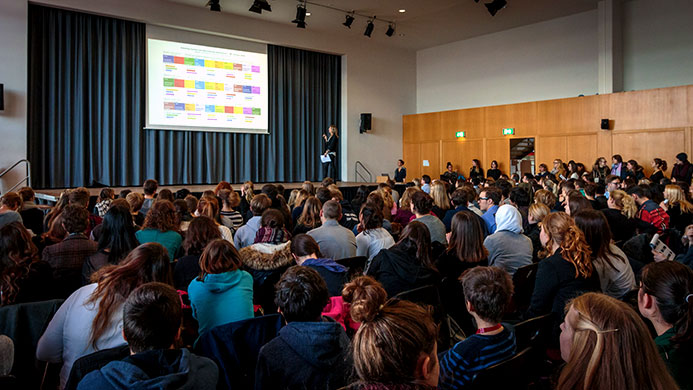 Obviously, the HCG had a junior and a senior team as well:

Their motions
Round 1: THB that courts should be allowed to remove children under 16 from parents that incite hatred or violence.
Round 2: THB that every A-level student should read one of Shakespeare’s tragedies in school.
IMPROMPTU:THB that every parent should attend a puberty management class. 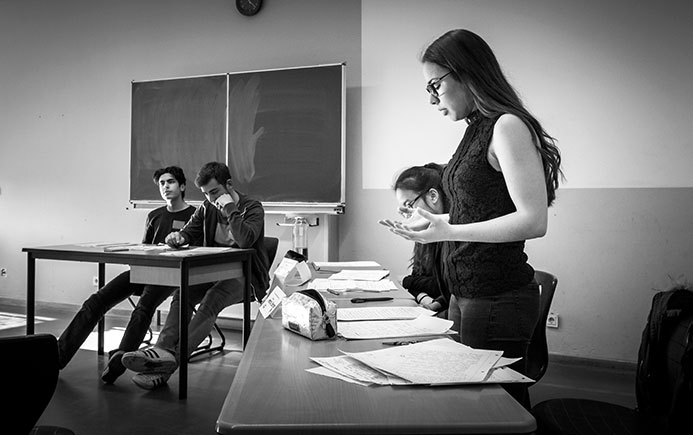 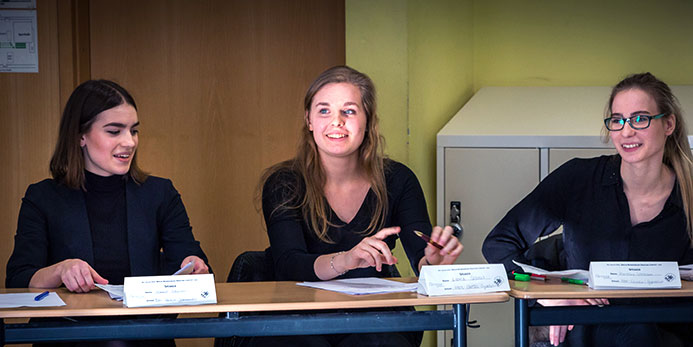 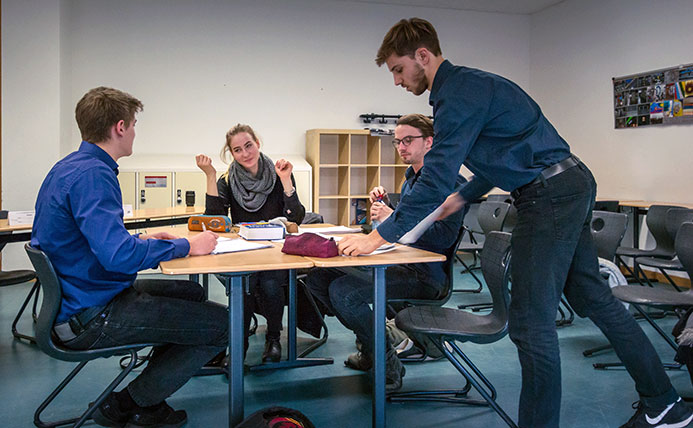 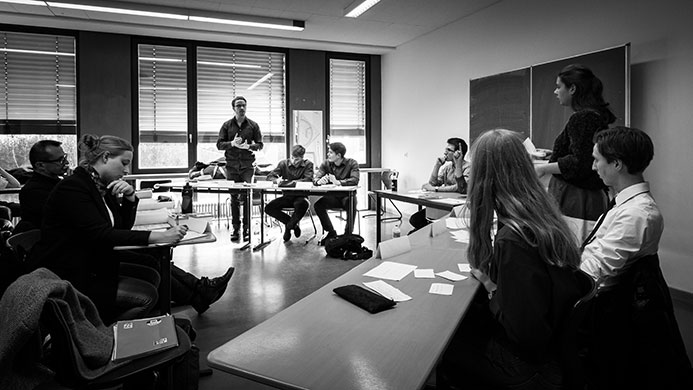 It is quite clear that parents should attend puberty management classes, right? 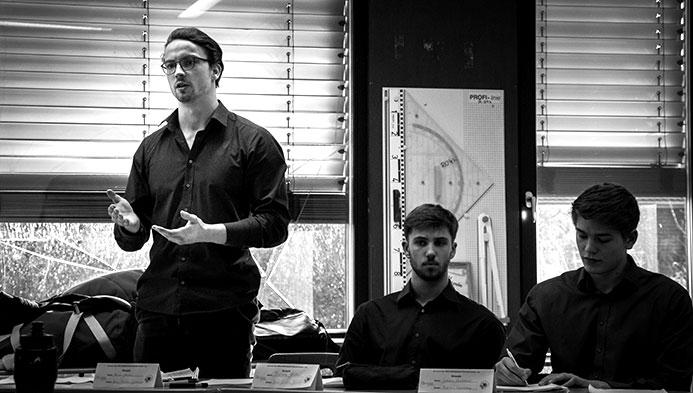 Jaime somehow seems to be bothered by the idea, though. 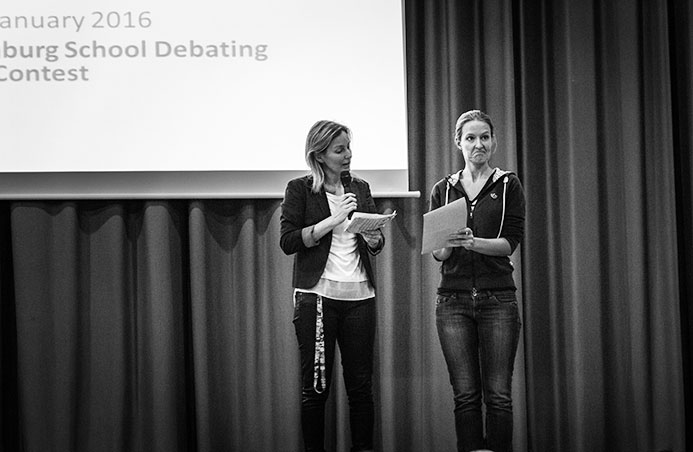 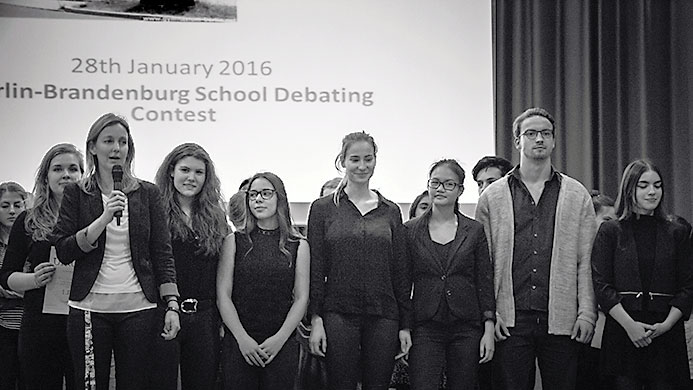 For Nina, Karoline, Laura-Marie, Hannah, Florian, Jaime and Julian this was the final contest.

Thank you so much for 2 years of intense debating! It was a thrill working with you!
And if anyone is now wondering how HCG set up the contest …

This was TEAMWORK at its best:

Pictures by Maximilian  / Text by Cn